npm is a cli-based package manager for Node JS.  It comes installed when you install Node.js.  Here are a bunch of how-to scripts to handle common situations:

Install all items within the package.json or install an individual package into the npm repo.

Once it's installed, you can run the program by using:

You can make a build of your project by using:

Find packages that are outdated.  This will display a list of available updates.

List all of the installed packages…this is the same as just looking in the package.json file

Note that if there is a major update, it will not update to the latest.  To do that, you'll have to use npm i @latest.

You will periodically have to update npm itself globally.  This can be done with the following command: 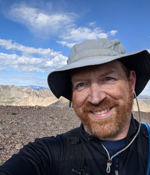